“Do not let your fire go out, spark by irreplaceable spark in the hopeless swamps of the not-quite, the not-yet, and the not-at-all. Do not let the hero in your soul perish in lonely frustration for the life you deserved and have never been able to reach. The world you desire can be won. It exists.. it is real.. it is possible.. it’s yours.” 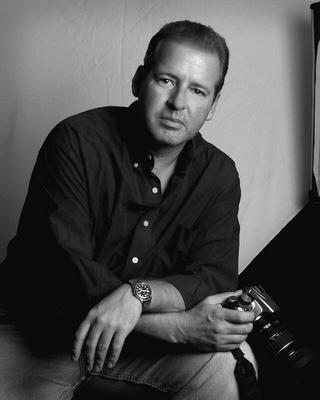 Over the years David has worn many hats. Soldier, father, production manager, and sales rep. just to name a few. Through out it all two things have remained constant, his love of photography which he deems to be “a priceless preservation of a moment that will never come again”, and his insatiable curiosity.

David was classically schooled in the art of photography while still serving in the Army in 1982. David was taking night classes at a local university for Criminal Science. Part of the curriculum was to be able to photograph. develop, and print the photos yourself in order to preserve what is called the “chain of evidence“.

David fell in love with the creative process and dedicated himself to learning all he could. “It was not unusual early on to spend as much time as the Army would allow in my make-shift darkroom. I can still remember how often my hands would smell like the chemical Stop Bath for days afterwards.”

As the 1990’s ushered in the digital age and the world of Photoshop, like many other photographers David was resistant to this technological change. “Clearly I was wrong like I am about so many things. The cameras just kept getting better and better until it was hard to deny how capable they really were. Add to this after spending time learning Photoshop I found that what I had been doing in the darkroom, developing, dodging, burning, cropping, etc. had simply changed from pans, chemicals and projectors to a computer screen and a mouse. The process was the same, just the tools had changed.”

While portrait photography was the mainstay of David’s work, commercial and travel photography have always been close at hand. “Portrait work is very important to me. You will never be that person in that moment of time ever again. And one day those photos will likely be all that remains of most of us. That’s is a pretty sobering thought. When all this stuff we labor so hard and so long to accumulate throughout the course of our lives is scattered like the wind, those photos will remain. And they will be someone’s most prized possessions. Why not take all you can?” 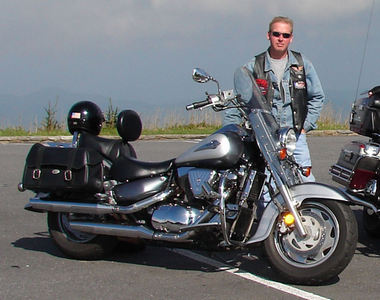 With a passion to see more of the world and an affinity for two wheeled transportation it is not surprising that travel photography would play such an important part of David’s life.

“It’s such a beautiful and amazing world out there with so much to see and do. Traveling by motorcycle puts you in the heart of it. You’re not sitting in an air conditioned box looking at the world go by through a window, you’re in it! Rain, sun, hot, cold, experiencing the world around you not just visually, but physically too. It just makes you so much more aware. If my travel photos only ever accomplish one thing I hope it will be this… to inspire people, to encourage people to put their phones down, get off the couch, and go be part of this fantastic world we were all lucky enough to be born into. And I’m not talking about cruise ships and guided tours. Take the back roads. Eat at the little Mom & Pop diners. Go hiking. Ditch the RV and go tent camping. Sit around a fire and look at the stars! We’ve gotten soft and as a result we are missing so much. 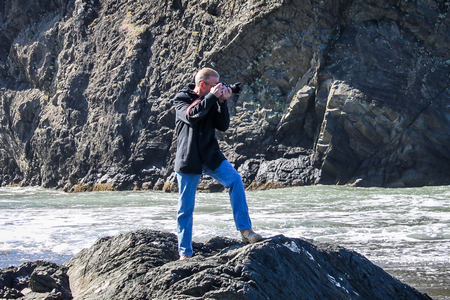 In the realm of commercial photography David has had some amazing adventures. In 2009 he stood three and a half miles from Launch Complex 39A as the space shuttle Atlantis roared from the pad. And in 2011 he went to sea on the USS Enterprise.

“I grew up in the time of Apollo and the Moon Landings. So Atlantis, STS-129, was pretty special for me. To witness first hand through a 300mm lens as the main engines came to life, to hear them roar, to feel the sound vibrations as they echoed across the water, it was one of those experiences that photos can’t really capture and words can’t adequately describe.” 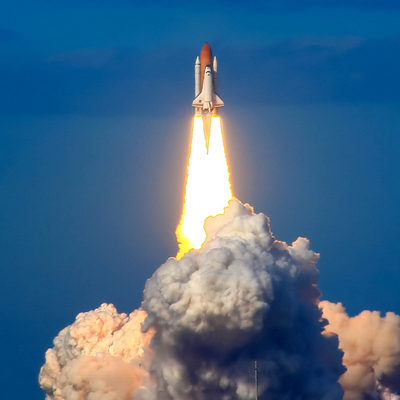 In 2013 David adopted an eight week old terrier mix puppy he aptly named “Shutter” from a local rescue. At the time David didn’t know very much about the animal rescue community. But a visit to his local shelter the next day changed all that.

“In one of the kennels I saw this little white and tan female pit bull mix. She was huddled against the back wall just shivering all over terrified. It broke my heart to see it. She was a beautiful little girl and I just couldn’t conceive of the circumstances that brought her to where she was now. I went home and fired up my lap top and began to learn everything I could about the dog and animal rescue organizations in my area. One common theme I found to all of them was the lack of good portraits of the dogs/cats etc. they had for adoption. Here was something I could do to help! One rescue led to another and then another. Before long I was photographing dogs and cats for nearly two dozen local groups. That same year I launched a non-profit photography service I called Faces of Rescue to help try and get some of them adopted. Together with my best friend Shutter the Wonder Mutt (Below) we have photographed tens of thousands of dogs, cats, horses, you name it.

Soon after we found that we could also aid them financially by setting up what we called “Pic 4 Paws” events. I began taking pet portraits for people for a $10.00 donation that they could then download from the Faces of Rescue website and I donated the proceeds to many of the rescue organizations to help cover the expenses like spay/neuter, shots, or other necessities.

It’s immensely satisfying to know that I have helped in some small way. Too I have met some of the most fantastic people who give of themselves everyday to help these animals in need. Many of them have become some of my closest friends.”

With more things on the horizon David and Shutter have big plans for 2021. “I wake up every morning knowing this journey is only beginning. I have so much yet to see and do. Now at 57 I my not have the time left to do everything I want, but I am certainly going to do everything I can.”

Capturing the magic of the moment.